Recently the BRD130 was extensively adjusted and tested in Taiwan. It took a while before the first EMU was driveable and the first representative route was ready for test run. The most critical test involved riding a slope of 5.3% with the (unrestrained) EMU (metro carriage) of 120 tonnes considered as dead load!
And after an extensive track inspection and speed tests, this was also achieved under slippery conditions. Certainly an achievement.

The opportunity has also been taken to adjust and test the Bemo BRD50 Service Vehicle.
The performance test for the Service Vehicle will be done later during the Site Acceptance Test (SAT). 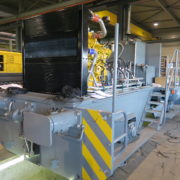 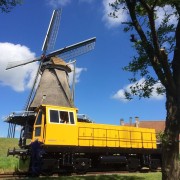 Bemo nominated: Vote for us!
Scroll to top