We have been selling shunting locomotives, also known as rail shunters, at Bemo for 50 years now. Rail shunters, are typically used by companies that have their own on-site rail logistics systems.

We design and manufacture bespoke shunters from scratch at our workshop in the Netherlands, combining and tailoring standard components to customer-specific needs and requirements. This modular approach to construction makes it possible to deliver any combination of capacities, speeds, and pulling forces. Our shunters are used predominantly in heavy industry, on storage and transhipment sites and at rail and metro depots and workshops.

We employ a highly skilled workforce and integrate only the best quality materials and components. Right from the very first pencil stroke for a new design to the delivery of a brand new locomotive, safety, ergonomics and the environment are top of mind. Boasting a spacious workshop and an industry-savvy engineering department, anything is possible at Bemo Rail.

Back to the beginning…
Since 1970, Bemo Rail represented locomotive brands such as Vollert, MaK, Hunslet and Allen from England and Germany. In 1983, the Bemo business model changed. To meet our customers’ needs, we started engineering our own locomotives. First using parts that were in available in the European market; later using parts machined in our own workshop. 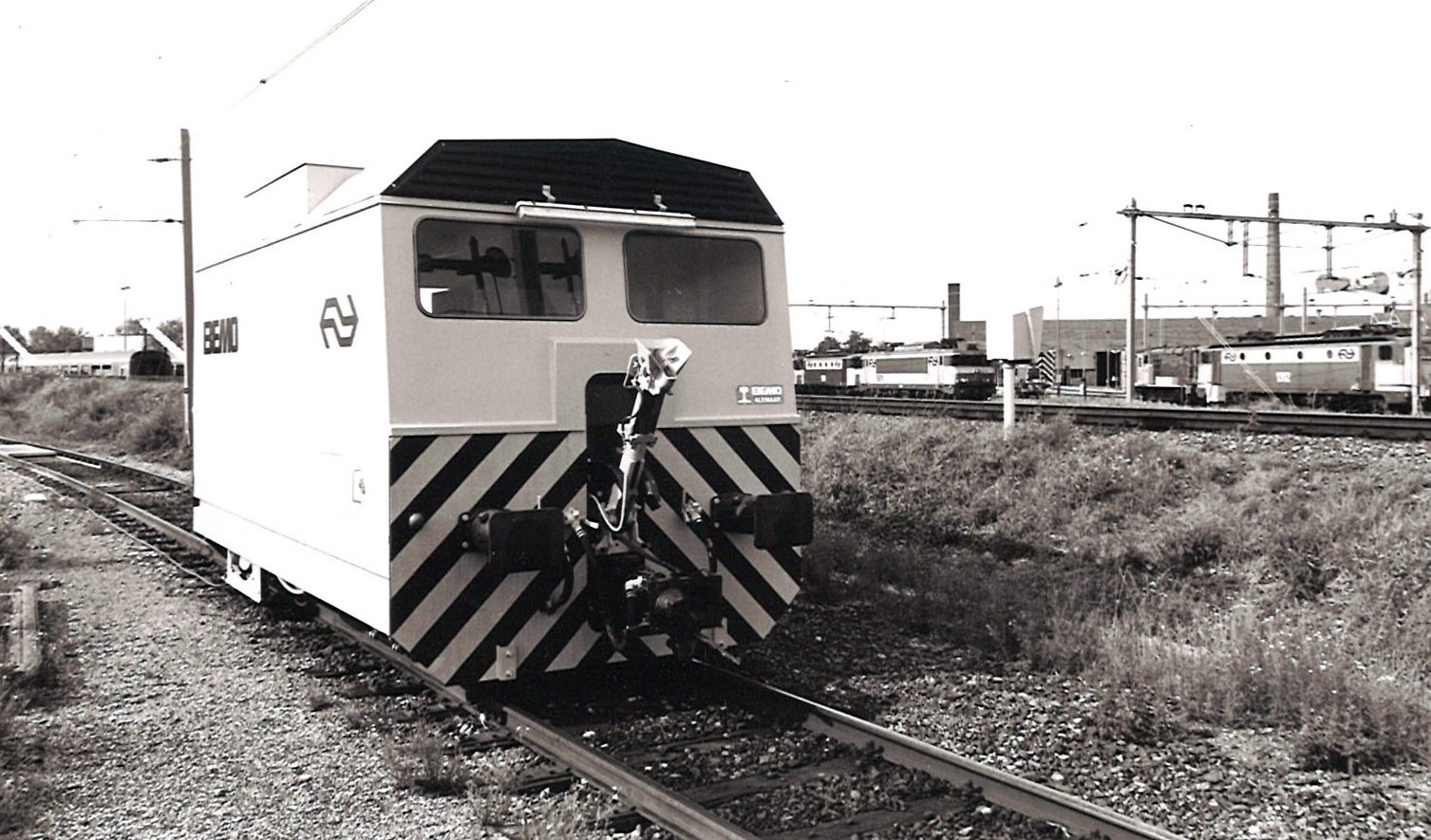 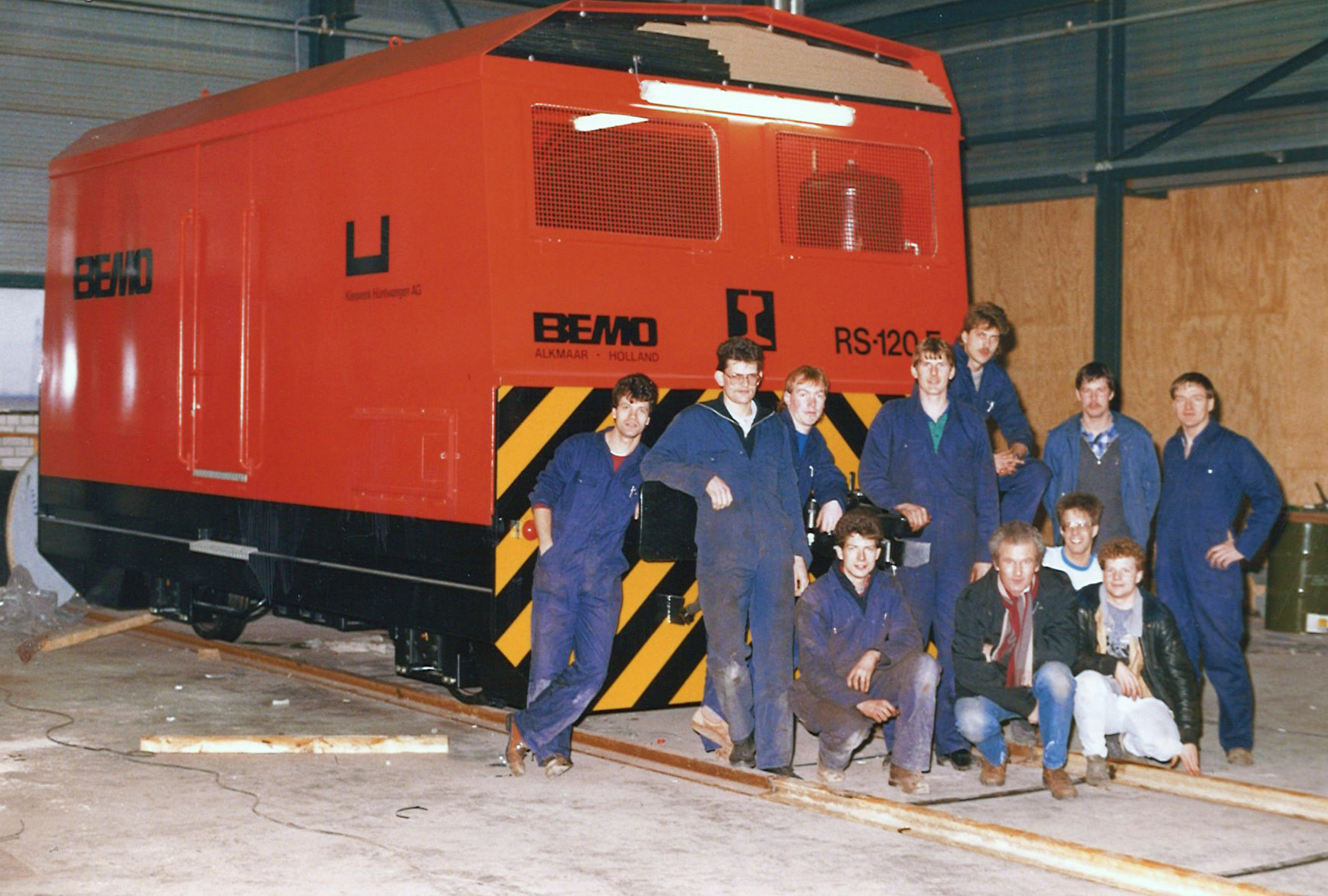 1987 In-house assembly in the Bemo workshop in Waarland. 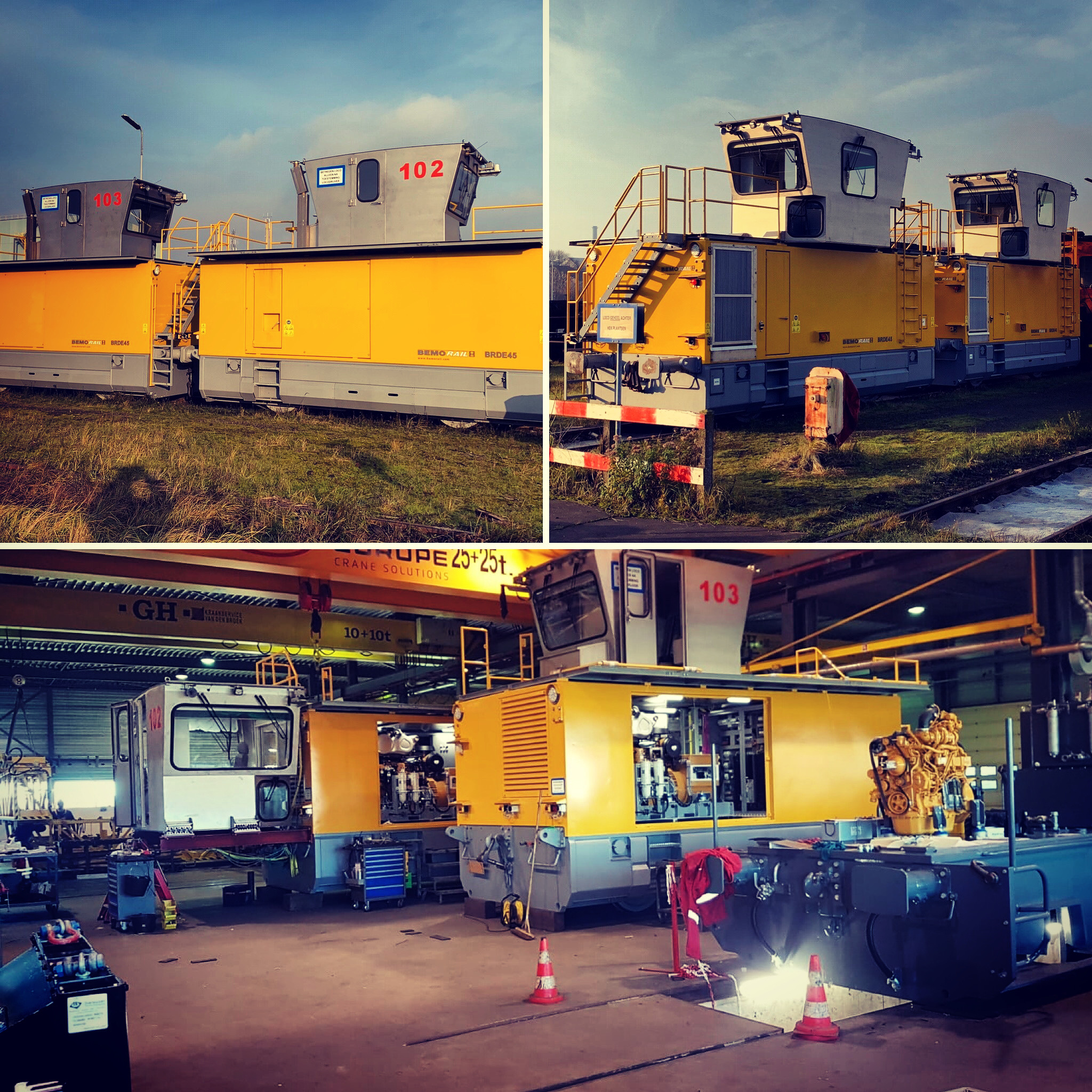 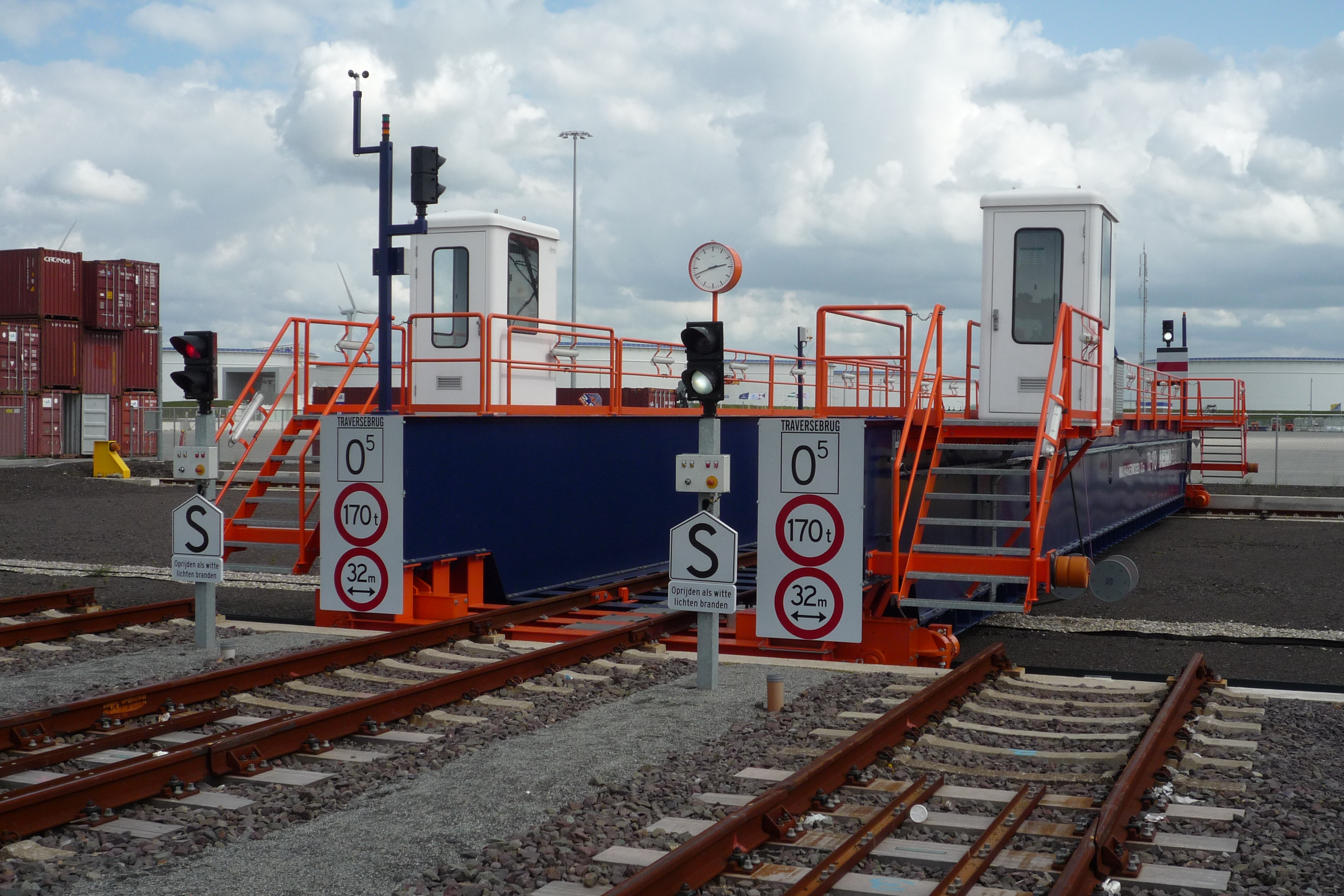 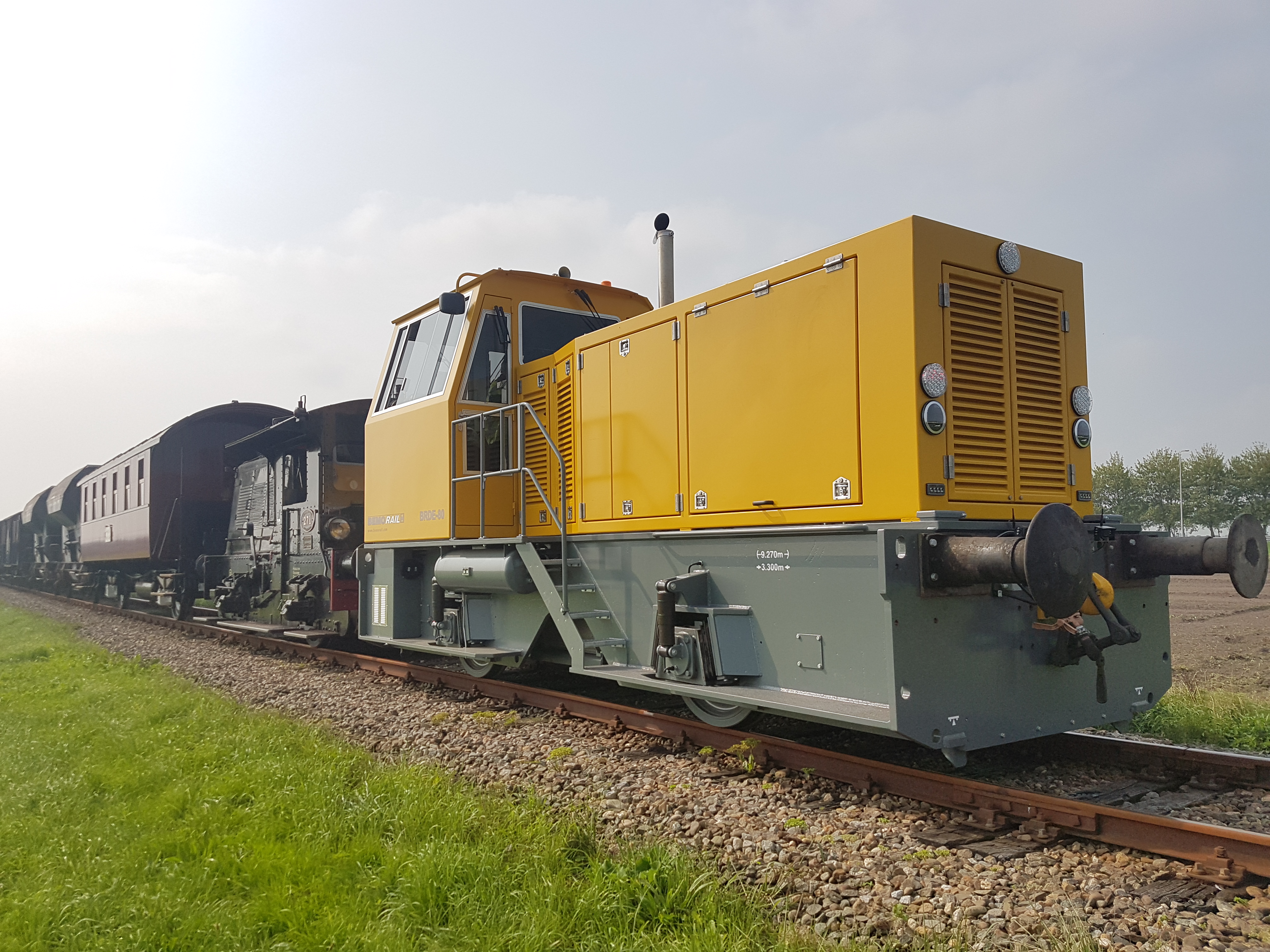 The fourth quench locomotive 104 has been delivered to Tata Steel this week. On site, our engineer repositioned the cabin, connected the mechanics, electrics and the quench loc is ready for testing.

For the “quenching” of the cokes a quench wagon is used, which is shunted by our quench locomotive. The cokes is poured from an oven into the wagon and then quenching with water at the quenching tower, after which the coke is poured onto a conveyor belt through a dumping ramp and then transported to the oven. For this process, the quench locomotive is used to move the quench wagon along the ovens, fire tower and dump ramp.

Technical requirements
Because of this process and the surrounding conditions, specific requirements are necessary on the quench locomotive. For example, there is an extremely low friction coefficient, between wheel and rail and the cabin driver is placed high to have a view of the open top of the quench wagon. The environment is extremely polluting and aggressive, the design is therefore aimed at keeping the contamination outside the machine and engine compartment and supplying the required air in a filtered manner.

At Bemo Rail we make many types of shunting vehicles. All locomotives are engineered and produced in-house in our Bemo workshop in Warmenhuizen, NL. 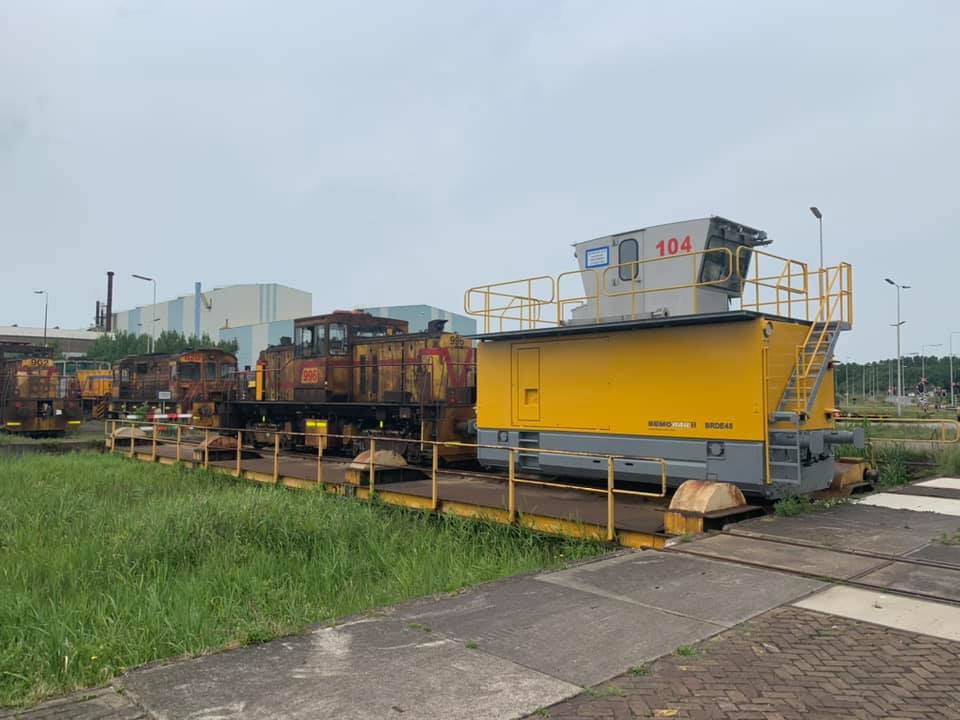 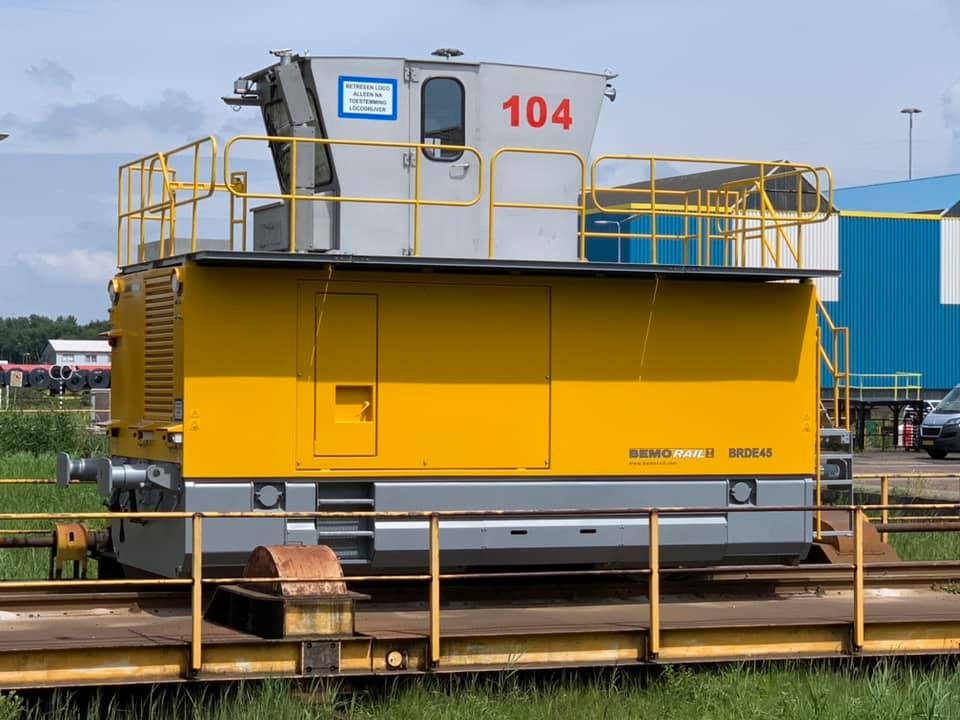 Dutch Financial Telegraph 7 december 1985: “For the first time in years, the Netherlands has a say in the construction of locomotives.

Bemo a company from Alkmaar has developed a technically advanced shunting locomotive, which was immediately bought by the Dutch Railways. There is also a lot of interest from abroad. The locomotive can be seen on Sunday in the television program “Brandpunt in de Markt”. The last Dutch rolling stock was off the production line at Werkspoor Diesel in 1971.”

Full version of the broadcast.

The new traverse for the Locomotive Workshop Rotterdam has been installed and taken into use. The Siemens Vectron track locomotives are placed on the right track for maintenance by the traverse. The traverse has a load capacity of 100 tons. The traverse serves 2 supply tracks, 6 maintenance / workshop tracks and 8 parking tracks.

The renovation has been carried out while the traverse was partially still in use, so the work had to be carried out in phases and the processing time has been long. All aspects of the traverse have been renewed.

The GVB has once again a properly functioning traverse which, together with the previously delivered Bemo KRE15RCRV, can bring the trams and metro to the right track in the workshop.

Bemo will remain connected to this traverse to provide service.

New BRD-50 locomotive deliverd to Lyondell Chemie Nederland B.V and taken into use.

The 2-axle locomotive is equipped with a diesel hydrostatic drive, suitable for accurate and safe movement.

Specifically for Lyondell, the speed is limited to 6km /h. The locomotive is also equipped with a braking system to stop the wagons, as well as an automatic RK900 shunting coupling, radio remote control and gas detection, which switches the locomotive off in the event of an emergency. 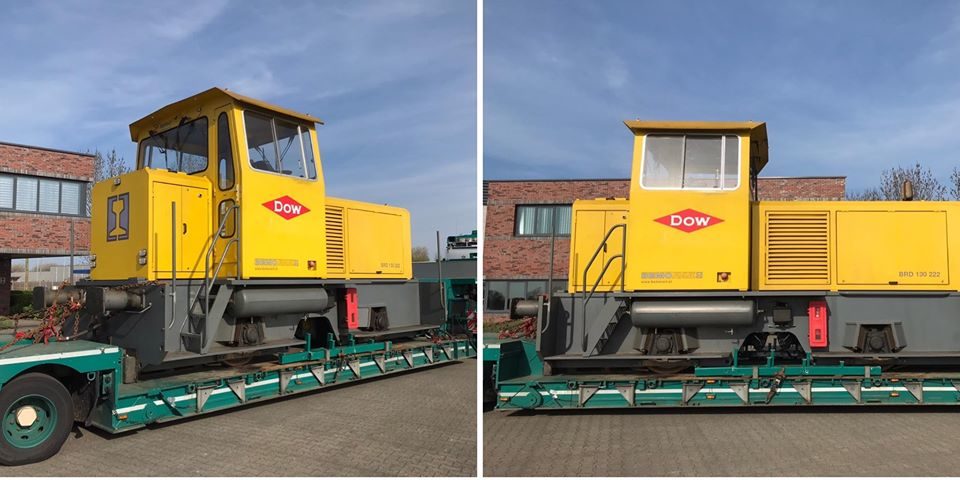 The BL104’s diesel engine will start this week. We will soon start with the testing of the BL104, which is expected to be ready for delivery before the summer of 2020.

This is the largest series of locomotives of the same type in the history of Bemo Rail. Read more about the BL locomotives for Tata Steel. 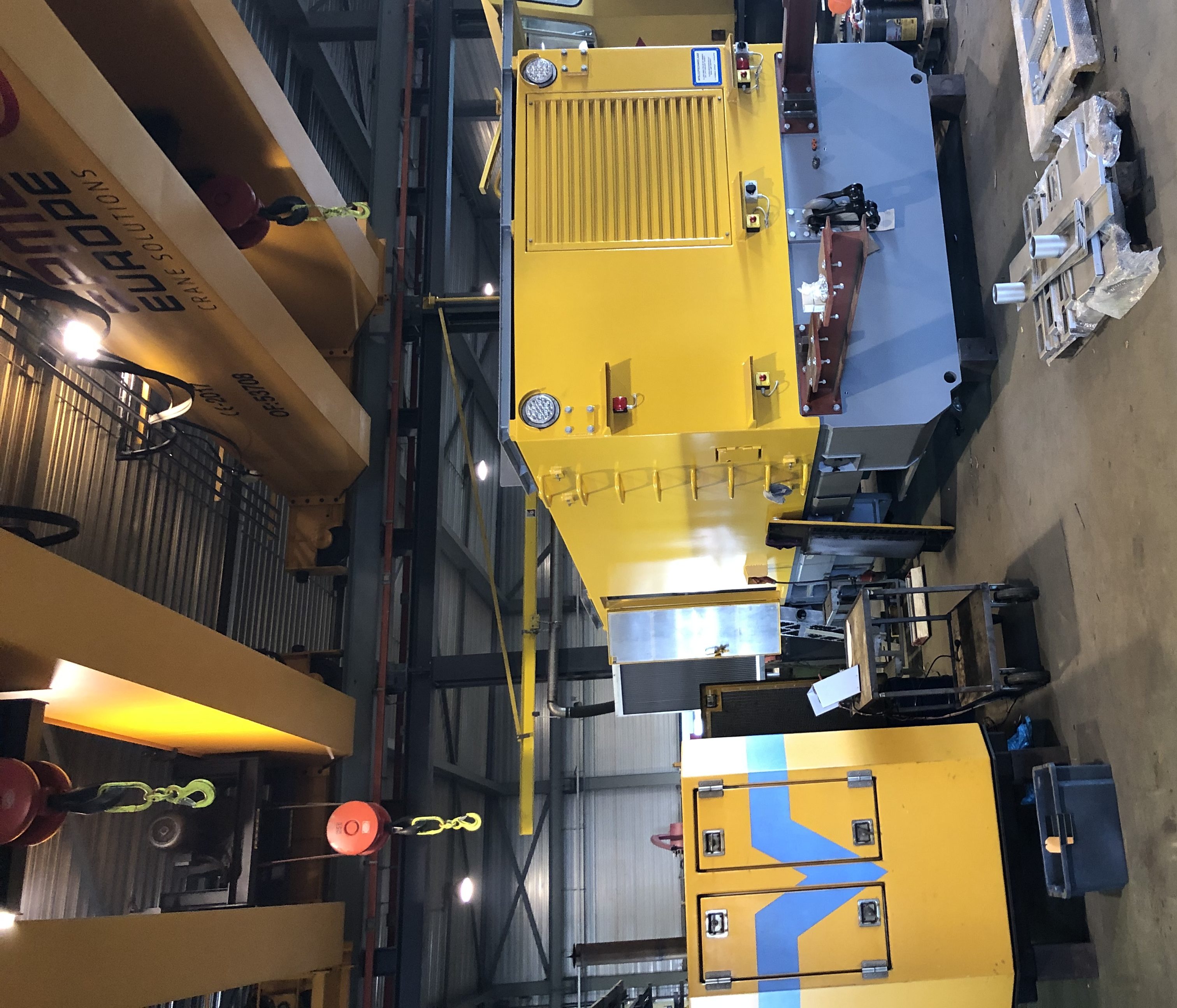 Bemo Rail worked on the unique renovation of the original Bello steam tram. In our workshop we recently welded one off the frames.

We have also welded the bogie frame before and in 2019 we made the new bordes. The Dutch steam museum, located between the Dutch village’s Hoorn and, will return the Bello locomotives in its original state. We are very proud that we can contribute to this unique piece of work!

More about the project: https://www.stoomtram.nl/de-tram-voor-bello/ 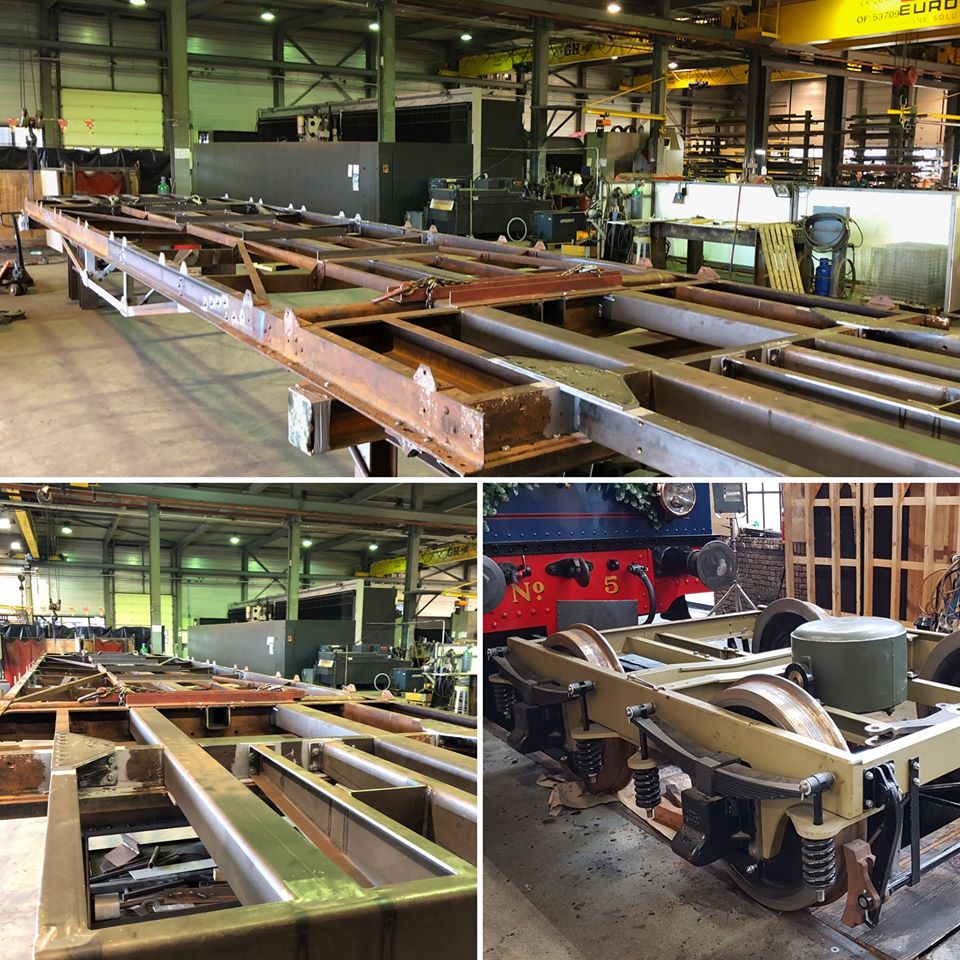 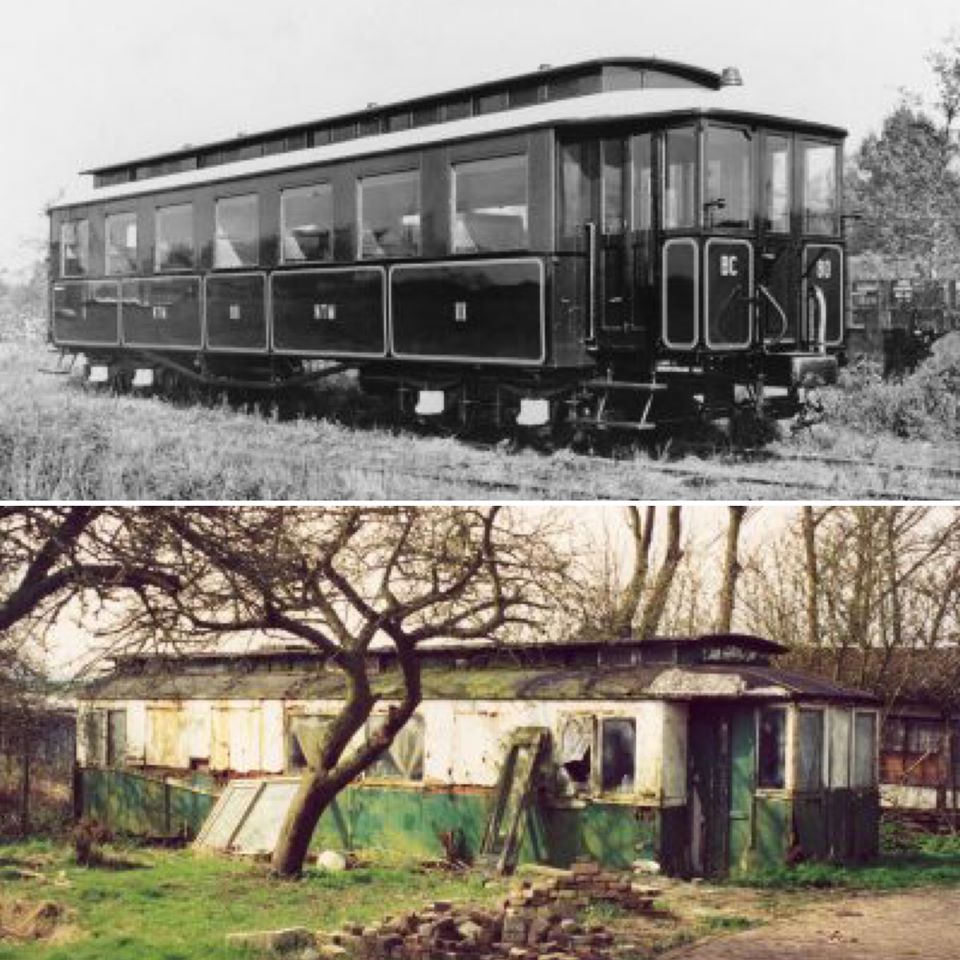 Quench Locomotives 102 & 103 are delivered to Tata Steel. We already started the manufacturing of the 4th quench loco, in our workplace. This will be ready before the summer of 2020.