In week 36, the BRDE-80 shunting locomotive had several test drives at Museumstoomtram Hoorn – Medemblik. After this the locomotive was transported to the InnoTrans in Berlin, to be shown to the general public on behalf of Bemo Rail. And with success! 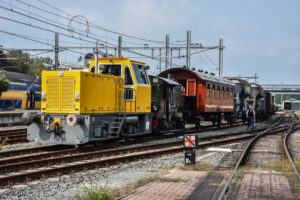 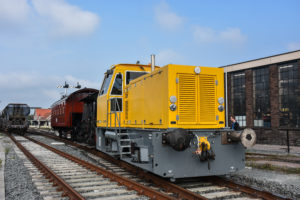 Recently we reported the news that Bemo has signed the contract for upgrading 3 GE locos for Tata Steel.

The first locomotives were dismantled at Tata and the first frame was prepared by Tata and shipped to Bemo. And at Bemo we started the preparation and implementation of the piping underneath the base frame. The detailed design is in full swing and production for DGUs (diesel generator units) and cab is already advanced. Also, the main components (such as diesel engines and generators) have been ordered.

Among other things, for moving the loco frames, and later the complete loco’s, 2 sets of 50t overhead cranes have been purchased and now installed so that the loco’s can easily be moved within our factory. 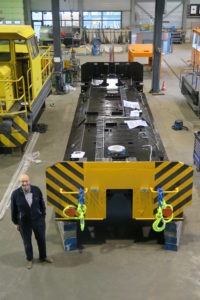 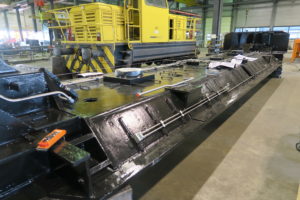 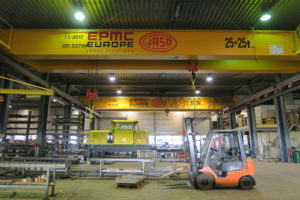