The Ladies at Admin

Marijke, Alesia and Jolande form the admin of Bemo Rail. They ensure that everything runs smoothly behind the scenes. Jolande has worked at Bemo Rail since 1977, Marijke joined in 1988 and 11 years ago also Alesia joined the team.

Marijke, Alesia and Jolande at the office in Warmenhuizen.

Jolande started working for Bemo Rail in 1977, straight after high school. Jolande: “Back then, the office was in the basement of co-founder Ter Mors, where five of us worked in all. I started out answering the phone, typing letters and operating the *Telex. I found it all very exciting, because we had only just got a telephone at my parents’ home. I was very young, only 17 years old, and telephoning was not at all common at that time. Mrs. IJpelaan was our bookkeeper. When Mrs. IJpelaan retired years later, I took over the bookkeeping and payroll administration and I still do that today, together with my colleagues Marijke and Alesia.”

Marijke Zutt, admin
More than 31 years ago, 16-year-old Marijke Zutt started her first proper job at Bemo Rail: office clerk. Marijke: “At the time, Bemo Rail was much smaller and we all did whatever was necessary to keep the company running, from getting groceries for the boys when they went abroad for a longer period of time, to unloading a truck because there was no one else to do so. In all those years, I have experienced a lot at Bemo.”

Trading company
Jolande: “Bemo Rail was a founded as a trading company. But the company developed rapidly. Our suppliers could not – or did not always want to – meet the specific demands of our market. In 1983, we started engineering our own products, simply to satisfy the market’s needs. When we moved to new offices in Waarland – with a spacious workshop – in 1986, we built our first locomotive in-house. We were and still are extremely proud of that!

Back in the Days
Marijke: “When all my colleagues had left to work on a crane track overhaul at Hoogovens (now Tata Steel), I was left alone at the Bemo site. One day, I arrived at Bemo on my bicycle, and to my surprise I saw that there was a truck loaded with rails parked outside. There was nobody else, but the truck had to be unloaded. So, I put the chains of the overhead crane around the rails and unloaded the truck with the help of the driver. This did not go without significant swearing from each of us. Both in our own native language, of course, and it didn’t matter because we didn’t understand each other anyway. Later that day, another truck arrived, this one loaded with HE beams, and the exercise was repeated. Fortunately, this kind of thing didn’t happen often and everything always worked out well in the end.

I remember when I started at Bemo, one of the very first locomotives was built in our workshop. The development, seeing it get built from scratch right up to a running, fully functional locomotive, is a wonderful and exciting experience. Our locomotives are a unique product in the Netherlands. I still feel great pride each time a Bemo Rail locomotive leaves our workshop.”

The first computer
Jolande:“Bemo Rail moved a few years after I started, to an office building on the Phoenixstraat in Alkmaar. We were there for only four years, but I remember it well as the place I first used a computer.”

Teun Druijf director: “Our first computer cost 28,000 guilders (approximately 12,705 euro); the printer was included in the price. More technical developments followed rapidly. For faster communication, the fax was developed. Fax machines cost 7,450 guilders each. A few years later, we also bought our first network computer from the firm Selmers in Alkmaar. The machine had a hard disk of 20 MB, which was a big deal at the time! Selmers was later taken over by NC systems, who are our IT supplier to this day.”

Stralsund, Germany
Marijke: “In 1996, we had a major contract in Germany. In Stralsund, a shipyard was being renovated and a huge hall and lifting platform 270 meters long for the renovation and construction of container ships had to be built. Bemo Rail was hired to deliver and assemble crane tracks and crossing fields. The project lasted almost two years and for some of my colleagues who stayed in Germany for a longer period of time, I used to buy groceries like chocolate sprinkles and peanut butter and give them to one of the truck drivers or someone else heading to Germany. You see, lot of products were not available in the former East-German supermarkets, and our boys missed them. After this first big, international project, many others followed.” 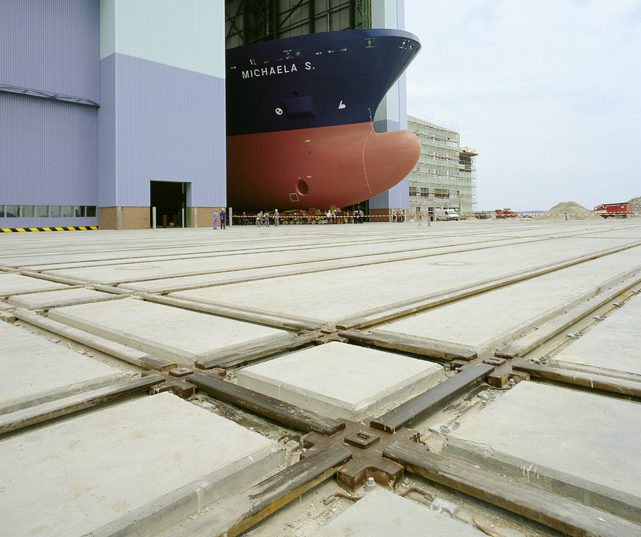 Jolande: “We have come a long way since the time five of us were working in the basement at Ter Mors’ house. I still like it. Together, we make beautiful, high-quality and innovative products. Quality is the standard. I am extremely proud of what we do and make here!”

Marijke: “At Bemo, we worked hard, but we also liked a party. One annual party was the Waarlandse funfair, a local event that we would visit with the entire staff. We would have a beer at the fair, and we’d end the day with a nice BBQ at Bemo. I really like it that we can combine work and fun. It’s one of the things that makes Bemo a great place to work.” 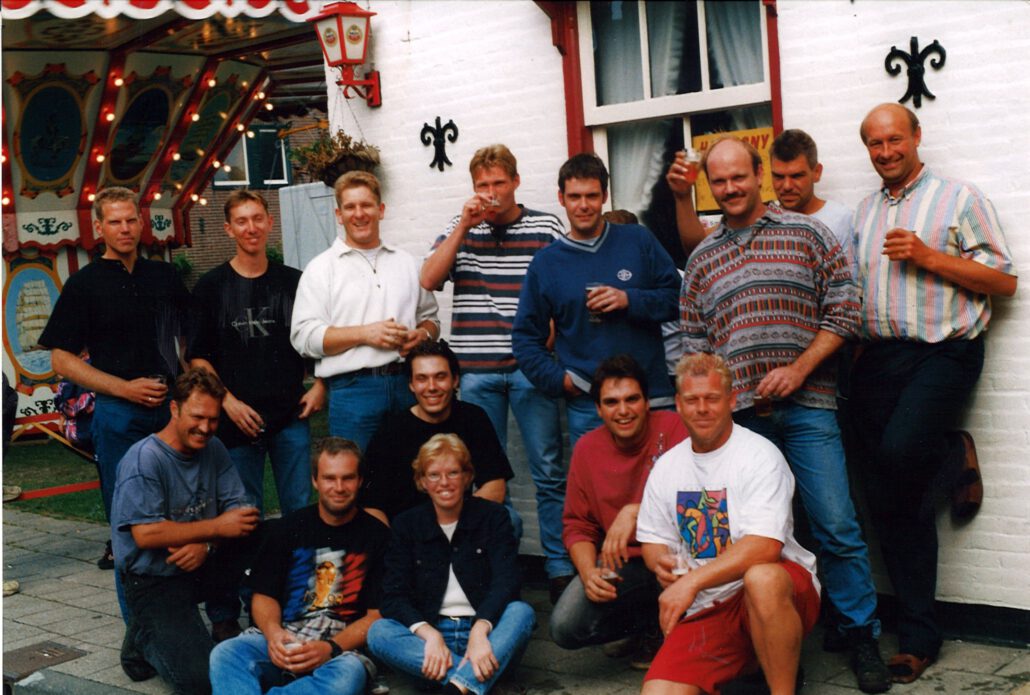 Bemo Rail colleagues at the funfair in Waarland approximately 15 years ago.

*Telex was a way to send letters or messages electronically. Jolande: “You typed the text on a punched tape and then you entered the tape in the Telex machine and sent it to the recipient. It was a very large cupboard, with a roll of tape inside. It made lots of noise, but it did ensure that the message arrived on the other side of the world. We didn’t have fax or e-mail yet back then, so it was the fastest way to communicate.”

TB100 Traverse taken into use
Scroll to top