Since 1983, Bemo Rail has had its own engineering department (drawing office). All the designs and calculations for our locomotives, trucks, winch installations and rail track constructions are made in the drawing office. All our rail and shunting products are designed and produced in-house using first-class components. 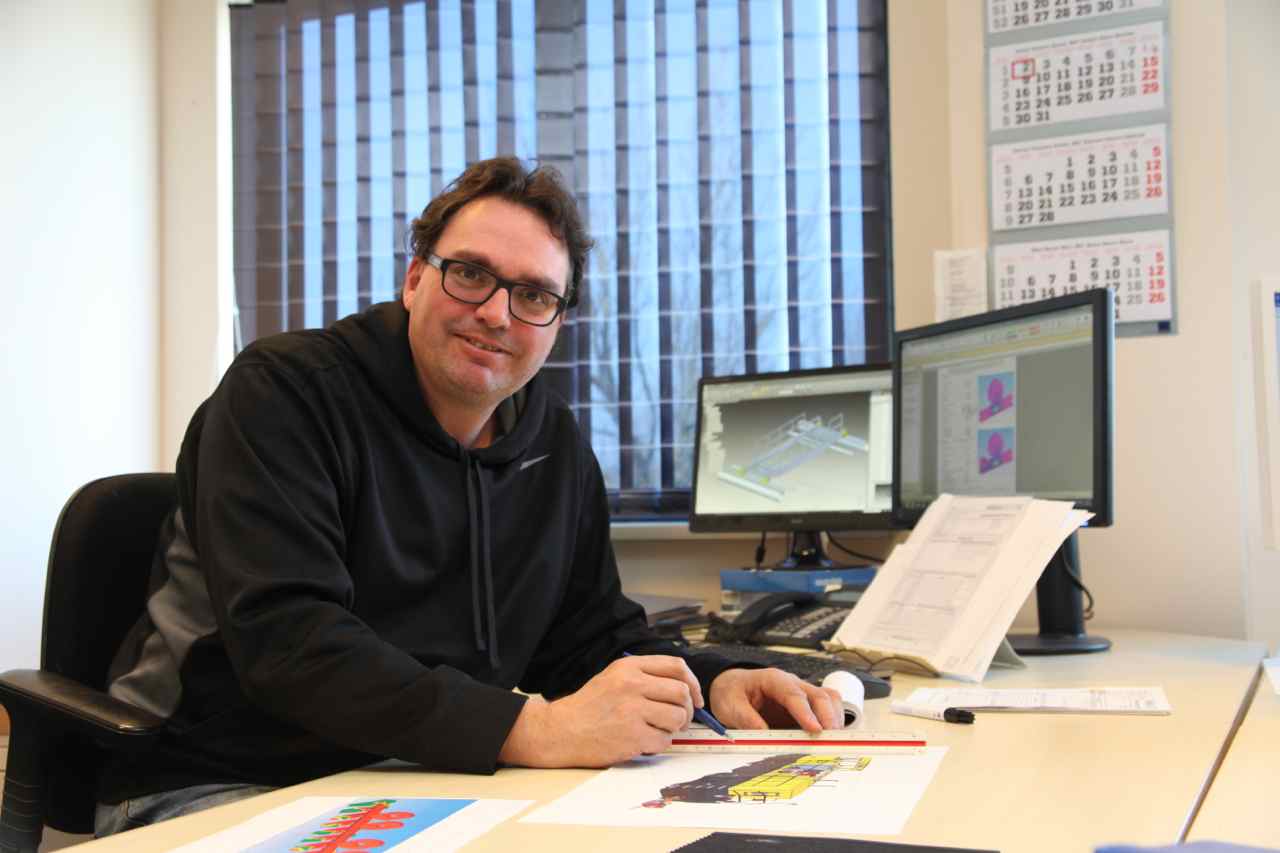 Jieles has played an important role in many projects over that time.

Jieles: “Unique at Bemo is that we do everything in-house, from drawing composition, detail and work drawings to assembly and installation on site. That is one of the reasons I enjoy working here so much.” 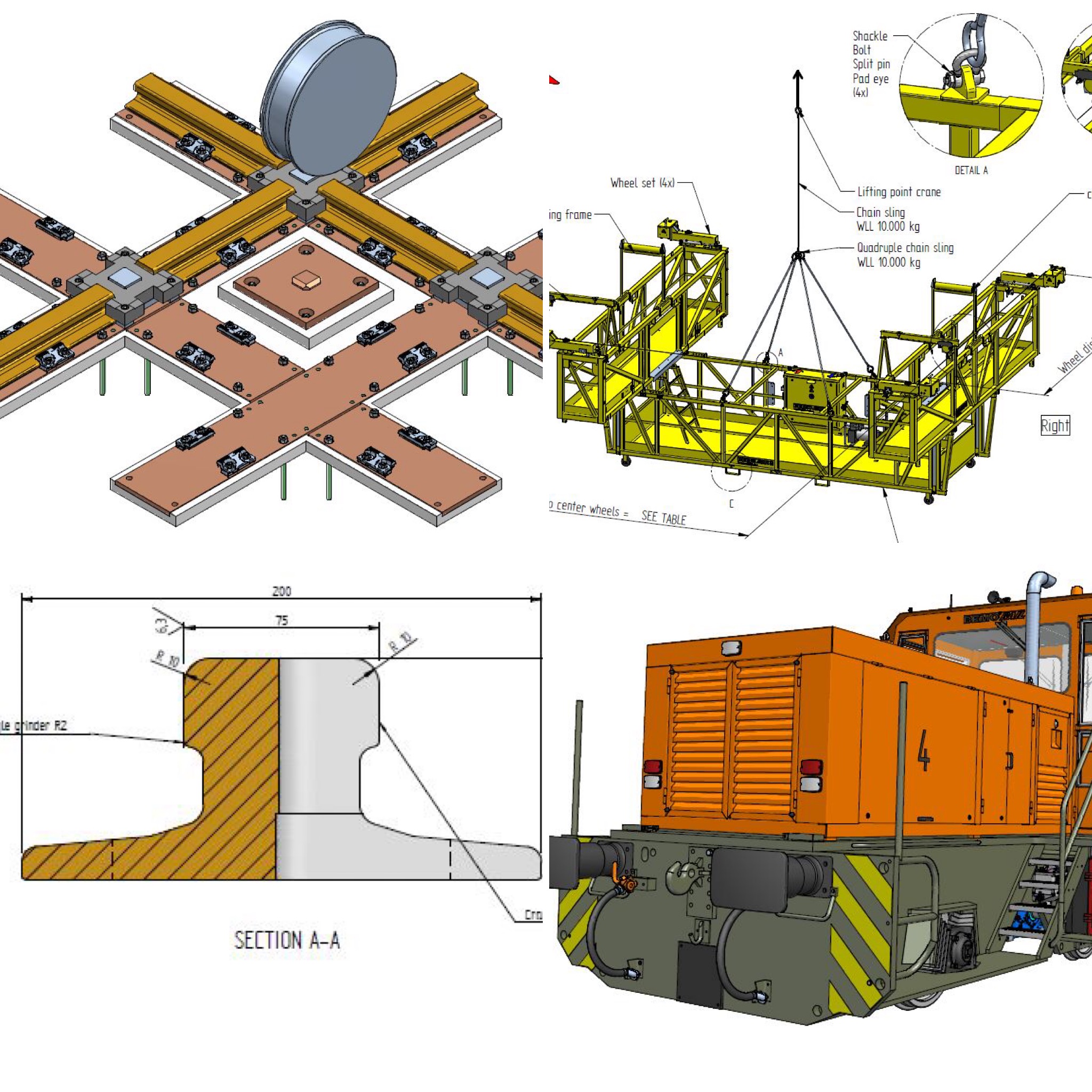 Technical drawings made by Bemo Rail

Back in the Days
Jieles: “I have wonderfully beautiful and very special memories. When I started working at Bemo Rail, we still used a drawing board. We’d first make a calque drawing and when the design was finished, we would cross it with ink pen. The drawings were then printed with a special engineering printing machine, which used ammonia to print. In 1996, we received our first CAD computer, which made the work a lot more practical. 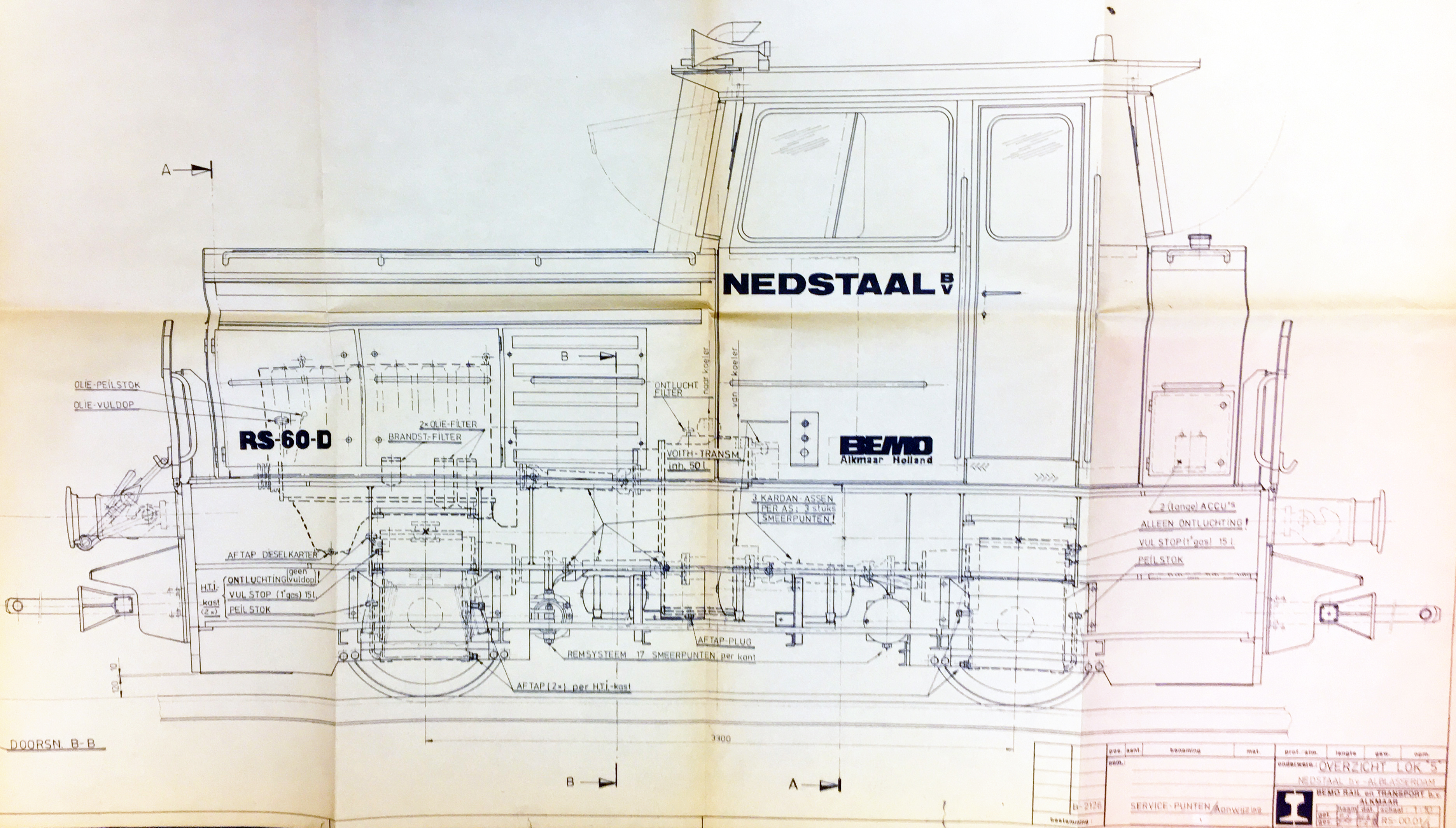 Technical drawing for Nedstaal made in 1988 by Bemo Rail 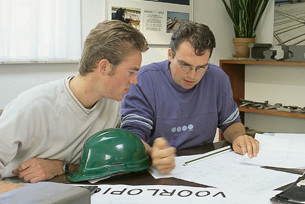 Old photo Jieles de Visser (on the right) in the drawing office.

“As an employee in a relatively small organisation, you help wherever necessary. We once installed a winch installation around Christmastime at DSM in IJmuiden, a Dutch port town on the west coast. It was freezing 10 degrees that day and the anchor glue froze before we had a chance to mix it. To defrost the anchor glue, we had to turn on the car heating; the buckets were all on the dashboard. But we succeeded!

We always come up with creative solutions to problems at Bemo Rail!

Crossing Field in Stralsund, Germany, 1996
One of our first international projects was for a crossing field in Stralsund. This was a special project because it was part of a European project to revive former East Germany. We started work just shortly after the fall of the Berlin Wall. We were the only international company working on this project alongside the Germans. A large number of Bemo Rail employees worked and lived in Stralsund for a longer period of time. We rented a large house for everyone, and the wife of one of the guys went along, too, who took care of the household like she would a family. The project took about two years to complete.

“I also remember the project in LA very well. A colleague left the site to buy some extra mortar. He didn’t realise he was not safe on the streets. When he came back, a local worker told him, he was lucky he hadn’t been shot; walking around in that neighbourhood as a foreigner was not safe. It was scary and luckily nothing happened. But we can’t say we’ve had no special experiences over the years!

“Of course, there have been changes in my field. In the engineering department, we are constantly innovating and improving. In designs, but also by choosing sustainable materials for our machines. In addition, safety standards and regulations in the industry have increased phenomenally. From the first design phase of our machines, a lot of attention is paid to safety, ergonomics and environmental aspects. To be honest, though, my work hasn’t changed much with the new regulations and standards. Safety has always been my biggest concern.

“I really enjoy working at Bemo Rail. Besides hard work, there is always time for a party and to socialise with colleagues. I think this very important to maintaining a good working environment and atmosphere.”