At Bemo Rail we also rent out new and used shunting locomotives.

The advantage of renting and leasing is that you do not have to make a large investment in advance and you also have the option to try out a vehicle first. This allows you to properly assess whether the shunting locomotive fits in with your loading process. The better the fit, the more efficient the loading process will be.

This Bemo Rail agreement includes preventive and corrective maintenance, to ensure the loading process never stands still and you have a clear overview of the operational costs in advance.

Rental prices depend on the desired shunter and terms. Older vehicles, whether or not renovated by Bemo Rail, are available in reasonable numbers. The locomotives used can be rented or leased for both shorter and longer periods. In addition to rental and lease, there is also the possibility of sale and leaseback constructions.

When located outside the Benelux area, renting is not always possible. Depending on the local legislation and accountancy rules it may be possible to rent or lease. All the rental models are also for sale.

Information: have a look at the currently available locomotives. For more information please contact Arno Logman on 0031 266 42 53 00 or send an e-mail to logman@bemorail.nl. 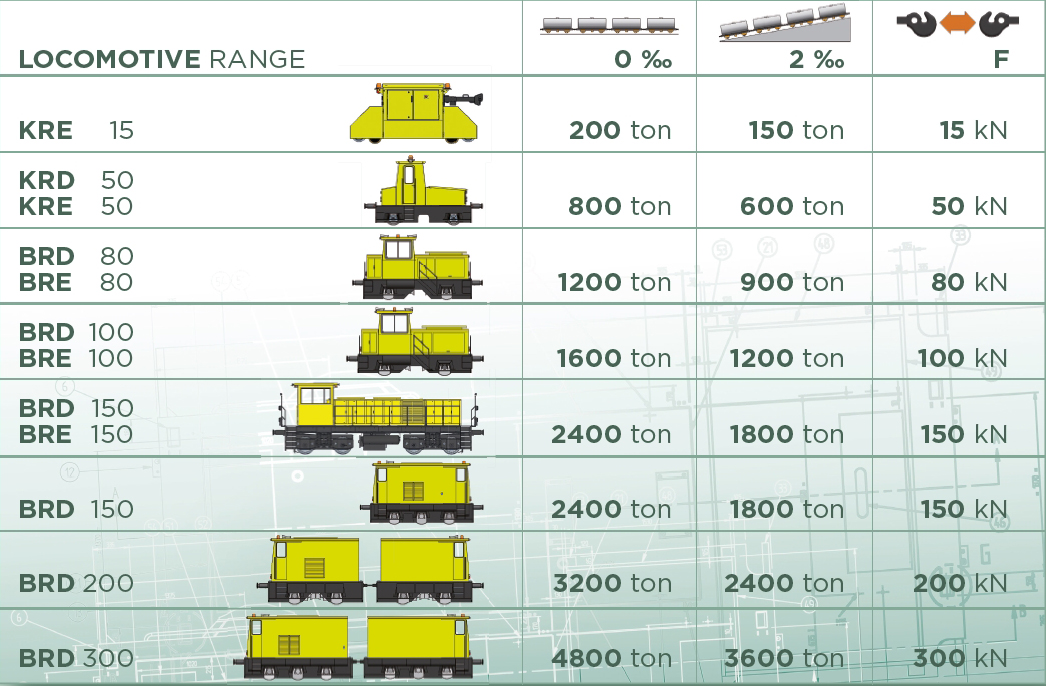 Arno has honed and developed his skills at Bemo Rail for the past 33 years. He is one of the most loyal employees a company could desire, and an expert in his field.

He started as a trainee at Bemo Rail in 1986. During his internship, he helped build the first locomotive in our Waarland workshop. Arno became a full employee at Bemo Rail in 1987, when he started as a mechanic. In 1992, he was asked by Mr. Ter Mors to pick up the shunting preparation in the office. Over the years, Arno has grown into his current position as manager of the Shunting department.

Arno: “I would describe my time at Bemo as very diverse and dynamic: from the 24-year-old mechanic who once started at Bemo, I have come a long way to where I am now. I am very proud of that and the position Bemo Rail has created for itself in the current market! We deliver our product with great success to the petrochemical sector, heavy industry and railways worldwide, and we serve a large group of appealing companies with our service and after sales. People sometimes say: ‘You’ve been there for so long!’ The reason is simple: new opportunities and challenges have always come up and I’ve been in a position to seize them.”

Locomotives
Arno: “The locomotives that we build today are no longer comparable to the locomotives of the past. The main changes are the ergonomic and environmental aspects. Basically, the locomotive is still a locomotive that is mostly driven by a diesel engine and pushes wagons back and forth. Only now you see that they are better accessible, due to a better, more modern and functional structure. The locomotives are many times tidier, more efficient and better structured than in the beginning. In addition, the locomotives are now equipped with a PLC control system, of course, which is a big difference compared to the early days. The structure of the machines is also quite different nowadays, due to changes to the welding and assembly processes, which are much more efficient than before. As a company, we are continuously innovating to make our locomotives and lorries as good, efficient, sustainable, and environmentally friendly as possible. We always strive to build the best machine possible.”

“A lot has happened over the years. The “designs” were sold to Stork RMO in 1993. Stork RMO was responsible for sales and Bemo Rail took care of the assembly. In addition, the focus for Bemo Rail was mainly on renting and selling used locomotives and maintaining them. The collaboration with Stork RMO was only of short duration. For a period of time, no locomotives were made at Bemo Rail. The construction of our Bemo locomotives started again in around 2005. The first “second generation” Bemo locomotives were made for Vopak, a Dutch multinational company located in Vlissingen, that stores and handles oil, chemicals and natural gas-related products. After 2005, the production was gradually expanded. Maintenance is still a very important activity; most locomotives are leased by our customers and the lease includes the maintenance of the machines. Right now, we are fully engaged in the production of a series of locomotives for Tata Steel, consisting of the rebuild of GE locomotives and four quench locomotives for an extinguishing track.”

Early 90s Suriname
Arno Logman: “We did a special project in the 1990s in the jungle of Suriname. It was a development project commissioned by the Dutch government. We had to install a korjaal transfer installation for the village of Diitabiki (Drietabbetje). A korjaal is a Surinamese boat, which resembles a canoe. We flew there with a former drug plane (as the story goes).” Diitabiki is a Ndyuka village in the Sipaliwini District of Suriname. Diitabiki is the home of the Gaanman of the Ndyuka people. (Source: Wikipedia.)

Arno Logman: “We installed a lorry there that was winched into the water, so that the korjaal can sail on it. This was needed to circumvent the rapids and provide the villages beyond the rapids with goods such as food and fuel. In practice, the goods were unloaded from the korjaal onto the truck and it was then lifted up the hill. On the other side of the river, the goods could then be loaded into another korjaal and form there be transported further.” 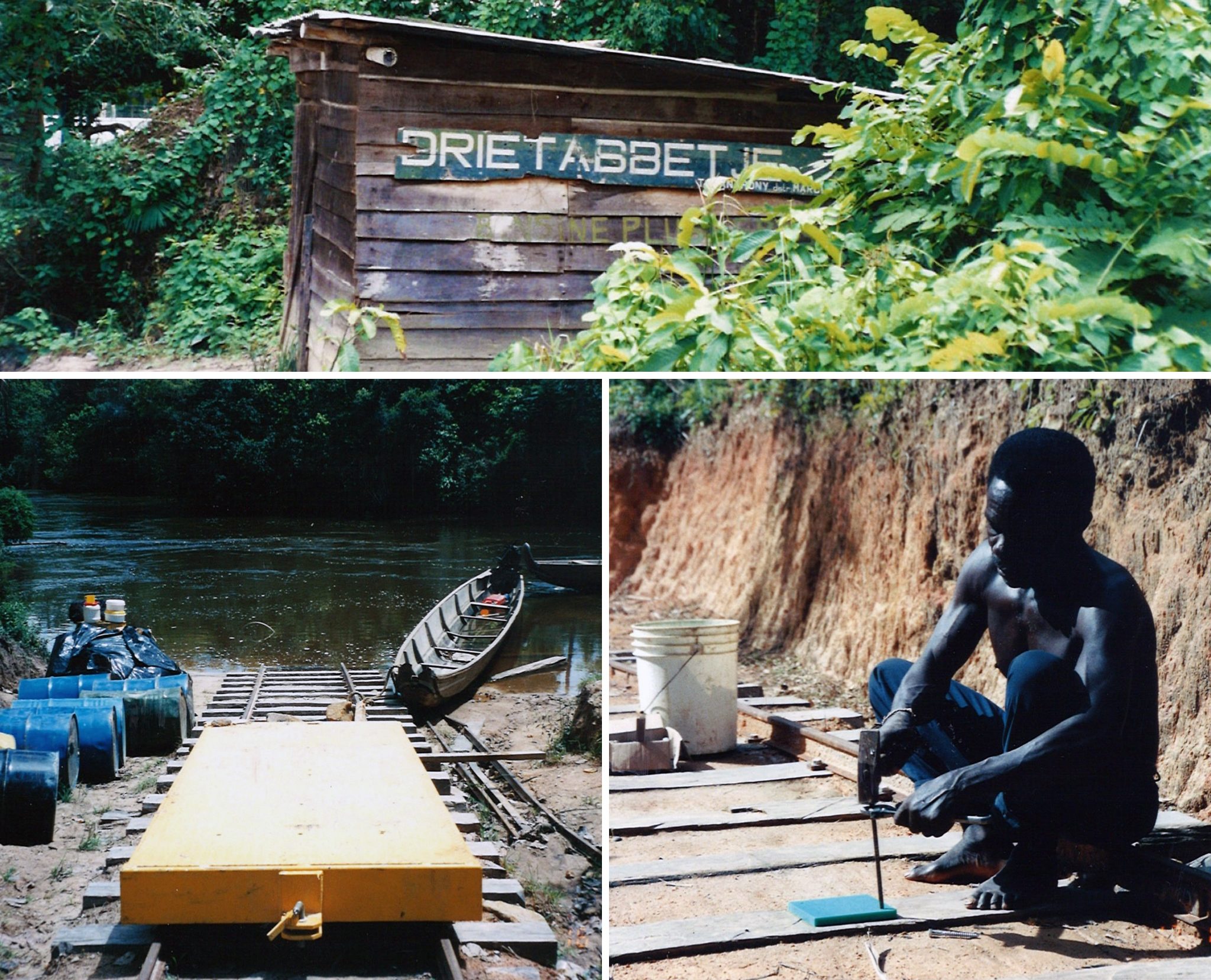 Project for the Sultan of Brunei, 1996
Arno: “In 1996, we received an order for a project from the Sultan of Brunei (Brunei Shell LNG), a country in Southeast Asia. The project involved two phases. First, the extension of a jetty with a 500m track construction for which we supplied the rail parts; they laid the rails themselves. The second phase was the delivery of tailor-made, battery-driven electric Bemo passenger cars, to ride on rail (ATEX version). The cars transport the maintenance people from the factory on shore to the ship and vice versa. LNG is loaded into the ship over the jetty of now 4.5 km long, out into the sea. Later on, two extra lorries were shipped to Brunei.” 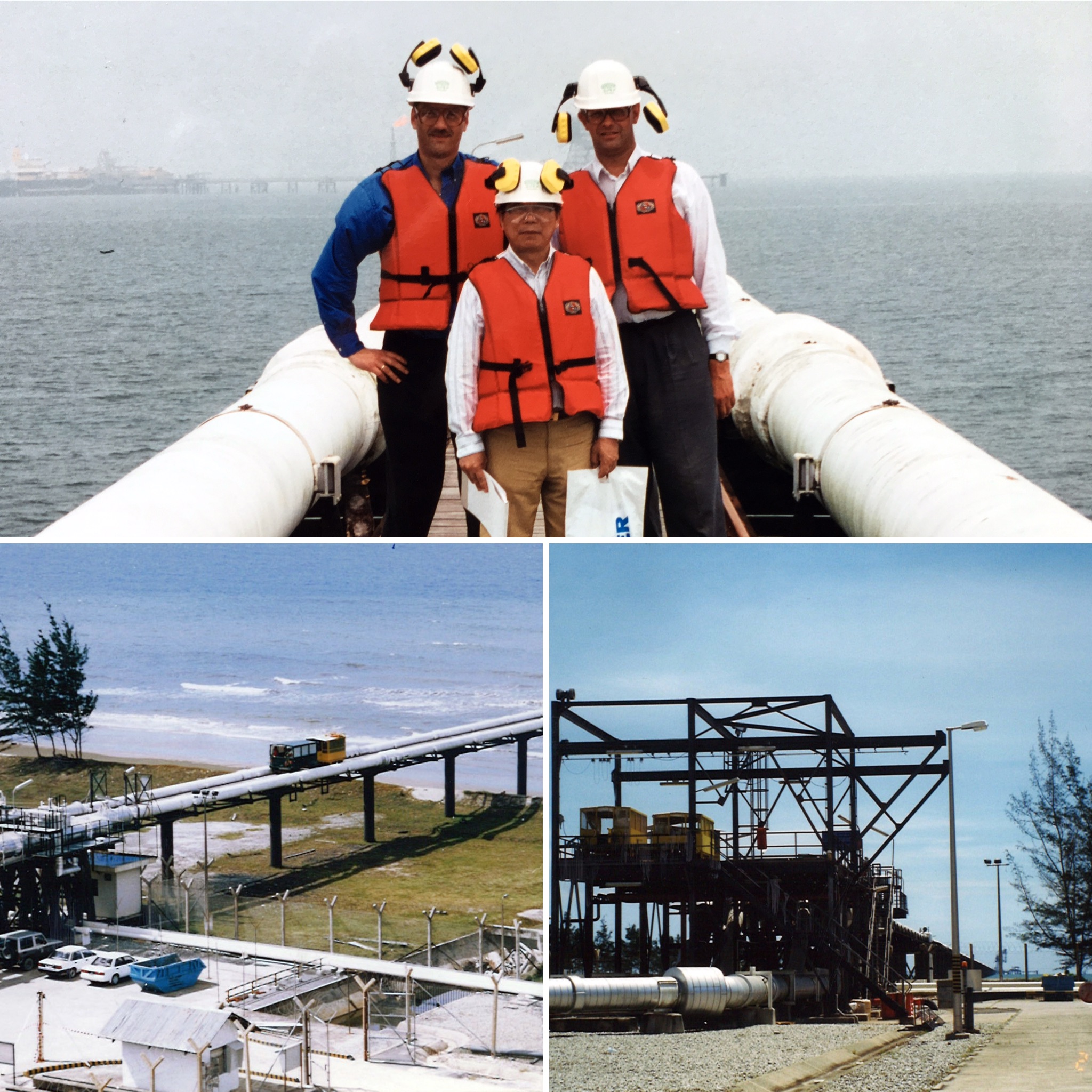